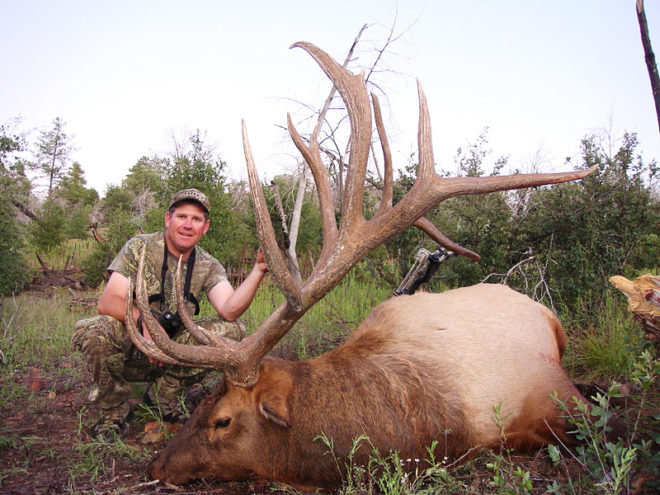 Michael Park describes himself as just another Joe Blow Hunter, but his elk hunting resume speaks otherwise.  Michael has take over 50 elk with a bow!

Taking 50 elk in itself is amazing, but we are not just talking about in his own backyard.  Michael has taken an archery elk in every western state except New Mexico, with the majority of them being taken on Public Land!

Well listen to Podcast Episodes 169-172 as Mr. Park describes how he has done all of this without ever making more than 55K a year!

Also tune in as Jay interviews & discusses some awesome elk & bowhunting topics with this savvy veteran hunter, including:

Tap here Episode #50 to Listen to this 4 part series on iTunes!

Previous Next
Close
Test Caption
Test Description goes like this